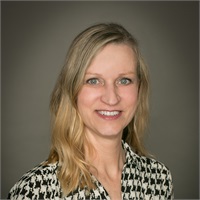 Gina was born and raised in Fort Worth, Texas. Gina attended TCC in Fort Worth and graduated in 1994 from Ultrasound Diagnostic School in Irving, Texas. Later that year, Gina became the Director of Financial Aid for the Ultrasound Diagnostic School. In 1998 she joined IBM's sales and marketing team where she received numerous awards including the prestigious Leadership Award in 2000. Gina has been with APG since 2007.

Gina currently resides in Bedford, Texas with her husband, Brad. Brad has been employed with UPS since 1988; he is currently Division Operations Manager for the Southwest Division. He graduated from the University of Texas in 1986, where he played Defensive Lineman. Gina and Brad are very involved in their neighborhood HOA, where Brad is acting President.  Gina has one son, Blain whom currently resides in Fishers, Indiana. In her spare time, Gina has a passion for decorating and design.  She also enjoys travel, genealogy, fine wine and spending time with her family.