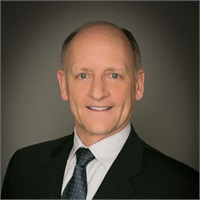 Mike hales from West Texas, but had the privilege of traveling and growing up around the world with his Air Force family.  In 1982 he graduated from Auburn University with a BS in Aerospace Engineering, later earned a Master of Aeronautical Sciences from Embry-Riddle University and most recently completed the Certified Financial Planning Course through Boston University.

Mike served in USAF for eight years as a fighter pilot, with tours in Texas, Europe, and New Mexico. After leaving the Air Force in 1991, Mike became an American Airlines pilot and continues to fly with American today. Mike, a Certified Financial Planner ®, has been registered to offer securities since 2003, an Investment Advisor with The Asset Preservation Group since 2007, and President and partner of the firm, since 2011.

Mike's primary focus is in helping clients with their family's financial planning and risk management, especially applying his experience in the American Airlines pilot benefits and retirement plans. Additionally, Mike assists small business owners, their partners and their employees through qualified retirement plans and further planning for an eventual "exit strategy" in the transference of ownership and retirement.

Mike and his wife Kathy have been married since 1982 and have lived in Colleyville since 1992.  Their two sons, Tyler, and Steven, both engineering graduates from the University of Texas, working engineers in Denver and Austin, and now with their daughters in law; Noel and Clarissa. Kathy works as an engineer for the FAA, as she did while she was active duty with the Air Force.  Mike has been active in his church serving as a member of the Endowment Committee, chairman of both the Finance Committee and the Board of Trustees and member of the Administrative Council. Mike has enjoyed coaching youth soccer and baseball in the community, most notably as the head coach of the Colleyville Eagles baseball club, who hold records in the National Youth Baseball Hall of Fame.  After his coaching "career he enjoyed playing amateur "senior" baseball in the North Texas Amateur Baseball League.